On 21 April 2005, a collaboration agreement was signed in Madrid between the Francisco Corell Foundation and the Polytechnic University of Madrid for the creation of the Amelio Ochoa Chair attached to the School of Civil Engineering of the University.

The objective of the Chair now established was to continue and improve, if possible, the tasks that the Aula Amelio Ochoa, constituted by the Francisco Corell Foundation and the Department of Transport of the E.T.S.I. de Caminos, Canales y Puertos of the Universidad Politécnica de Madrid in November 1999, had been carrying out since 3 December 1999. In these five years of activity, the Aula has promoted, organised and given conferences, seminars and workshops; it has awarded grants and has produced and edited books, studies and reports related to road transport in which the university and the most relevant companies in the sector have participated in a very fruitful framework of collaboration. 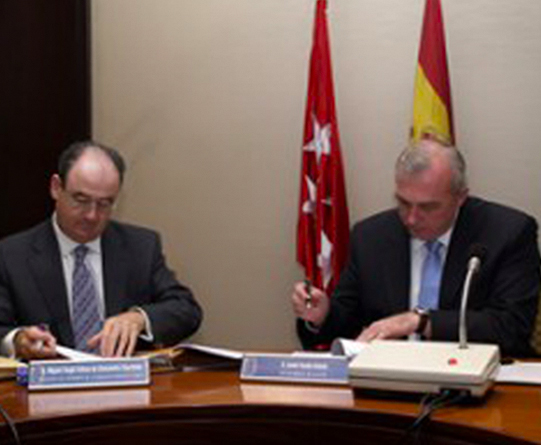 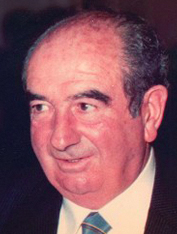 The Chair bears the name of Amelio Ochoa in homage to Mr. Cruz Amelio Ochoa de Chinchetru Larrauri, an exemplary businessman and model for the world of road transport for his commitment and innovative work in the search for quality and excellence in road transport services. Mr. Cruz Amelio was born in Santa Cruz de Campezo, Álava, on 14/09/1915 and died in Zaragoza on 06/08/1996.

On 26 January 2011, the Rector of the Carlos III University of Madrid and the President of the Board of Trustees of the Francisco Corell Foundation signed a Framework Agreement for Teaching Collaboration between the Carlos III University of Madrid and the Francisco Corell Foundation for the Master in "Industrial Economics: Specialisation in Transport Economics"
This collaboration agreement is part of our vocation to bring the University closer to companies and, as our objectives set out, to facilitate higher education and promote the best professional and technical training for workers and managers of companies in the sector, promoting research in transport and its modes.
The Master in Industrial Economics, whose classes are taught in English, offers solid training in three fundamental areas: industrial organisation (regulation and competition policy), finance and business economics, and quantitative economic analysis. The MEI takes place over two academic years (October-June), the second of which includes several specialisation courses. The teaching staff includes both professors from the University itself and experts from the public and private institutions that collaborate in the MEI, which enables students to be recognised as experts in key areas of industrial activity". 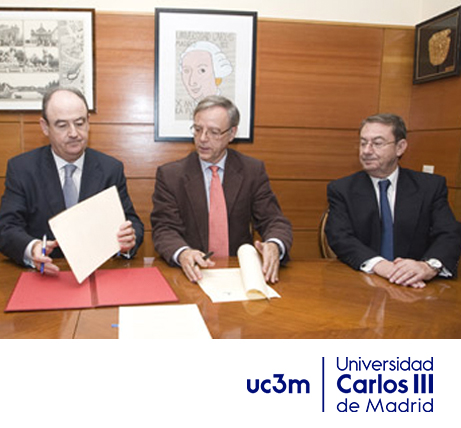 In 1999 an agreement was signed to create the Aula Amelio Ochoa, for the preparation and development of research studies of interest to the road transport sector. Likewise, since 2000, grants, seminars and conferences have been organised with the close collaboration of the UPM and the Corell Foundation.

The Corell Foundation and the University A Nebrija, together with its Foundation, have signed a collaboration agreement to develop the "Nebrija-Santander Global Chair in Sustainable Transport Technologies".

This Chair integrates within its scope of action the position of the University in the automotive world and the objectives of improving transport in the European Union. The research projects that are born under the auspices of this Chair have the challenge of strengthening the research fabric through the production of doctoral theses, grants for master's and degree final projects, equipment and software, publications in congresses, conferences and other scientific or dissemination activities. 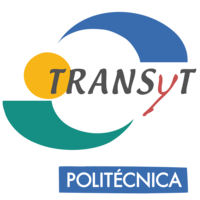 In 2005, the Amelio Ochoa Chair was created to replace the Aula and broaden its tasks, incorporating TRANSyT as the main research element.